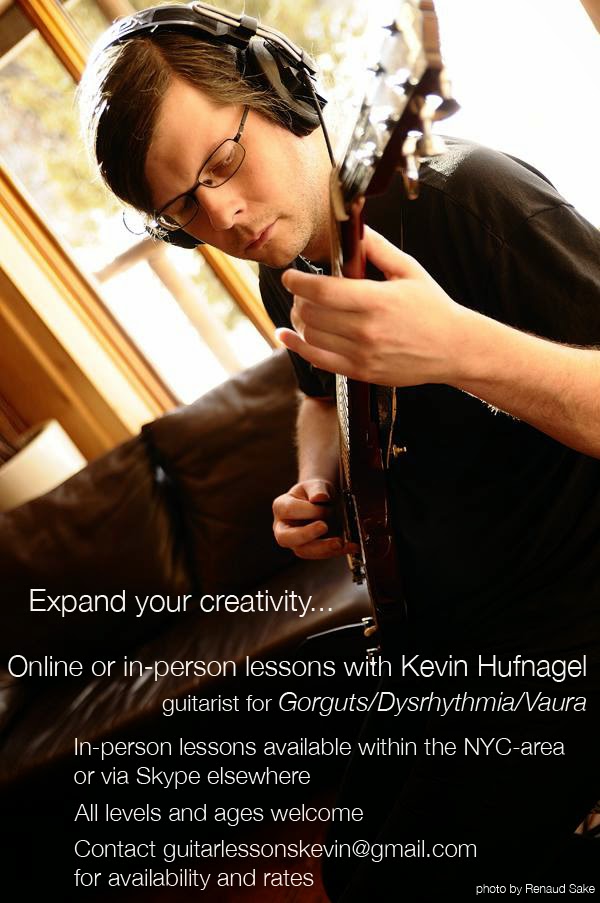 Posted by Kevin Hufnagel at 1:54 PM No comments:

Writing for album #7, and other activites

It's been quite a while since I've last updated this page, but apparently people still look at it, so I should give it some life again.

After a busy 2014 of work and touring outside of Dysrhythmia, we are finally getting back to writing the next album! At the moment we have 5 songs completed and/or in the works, and are hoping to get a few more together before the end of the year, with a release goal in mind for 2016. We are really excited by the direction it's been taking and think you will be as well.

I'm also excited to announce I'll be releasing my next full-length solo album titled 'Kleines Biest' this Spring, via Handmade Birds (in a limited edition of 100, on cassette), and via my own Nightfloat Recordings, digitally. It's VERY different in many ways from anything I've done previously. Unexpect the expected.
I also just released a digital single here of a few baritone ukulele tracks I left off the last album 'Ashland'.

Posted by Kevin Hufnagel at 8:56 PM No comments: